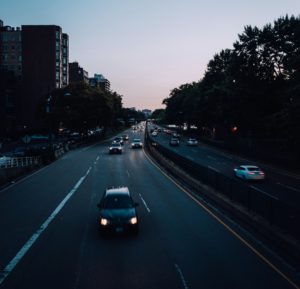 It is fairly well understood that it is not illegal to have some alcohol and then drive a vehicle. As such, many people consume alcohol at work outings, sporting events, holiday and family get-togethers, and then drive home afterward. While this is a common occurence in our communities, it is rare that drivers consider what were to happen if they were pulled over by a police officer in this situation. Hopefully, this has not happened to you, but should you ever be pulled over after drinking alcohol, consider the following 5 very important points.

5. Other Than the Breath Test at the Police Station, You Are Not Required to Take Any Field Sobriety Tests

If an officer suspects that you have been driving after drinking alcohol, they will most likely conduct a series of Field Sobriety Tests (FSTs). If you have ever watched a reality-based police television program, you have likely seen these tests performed. Drivers are asked to walk a line on the ground, lift their leg for a period of time, and perform other balance and coordination tests. These tests are used to assist the officer in determining whether a driver is under the influence of alcohol.

What many people do not realize about these FSTs, however, is that you are entitled to refuse them. If you are certain that you are not under the influence of alcohol, if you only had one or two drinks for example, it may be wise to comply with the officer’s tests. These tests can confirm your sobriety just as much as they can establish your intoxication. But if you believe you are at risk of being found operating under the influence of alcohol, you should politely inform the officer that you are refusing the test. If your case ever went to trial, your refusal of the FSTs could be used in court against you, but this still may be more advisable than failing the tests.

There is Usually More Than One Breath Test

The first breath test is referred to as a Portable Breath Test (PBT). This PBT is administered with a handheld device at the site where you were pulled over and completed the other FSTs. This test is also one that you may refuse. Even if you submit to the PBT, it is almost never admitted in court as the test is often unreliable.

The second breath test is administered at the police station. This test is on a more sophisticated instrument and is more reliable than the PBT. The officer will likely instruct you that you are required to submit to this test, and if you do not take it, the RMV can (and usually will) suspend your license. This is true. However, it is important to keep the following in mind: while you may lose your license for a period of time if you refuse to take the breath test at the station, you will also reveal exactly what your blood alcohol level is if you take the test. If you believe that you are over the limit, it may be advisable to refuse this test. While you may suffer consequences from the RMV, your refusal to submit to this breath test is not admissible in Massachusetts courts.  In other words, if your case goes to trial, the prosecution may not bring up that you refused this test. A jury will have to consider your innocence or guilt based on the remaining evidence presented to them.

4. It is Never Advisable to Provide a Statement to the Police

Police officers are trained interrogators. It is their job to obtain information to help build a case against you. One needs only to look at recent studies showing innocent people who were persuaded to admit to crimes they did not commit to realize how skilled some police officers are at their job. While the normal human instinct is to want to explain your side of the story to an officer, it is never advisable to do so. 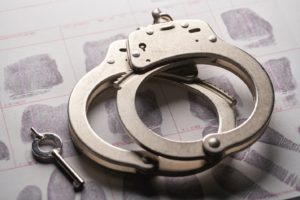 Once you have provided a statement to the police, your case is out of your hands. An officer will take notes about your statement, but in the police report an officer may misquote you, omit important aspects of your statement, or even misrepresent what you said.

Do Not Wait Until The Miranda Warnings

Many people are familiar with Miranda warnings. These warnings inform suspects that they have the right to remain silent, the right to an attorney, and other important protections. This Miranda warning is often the reminder to individuals to stop talking with the police and ask for an attorney. It is important to recognize, however, that there are many parts of an OUI investigation that occur before people are advised of their Miranda rights. Officers will ask whether you have been drinking, how much you had to drink, where and when you drank. Officers will ask about physical conditions you may have, medications you may take, and other information that may be relevant to your defense. You do not have to tell an officer any of this information. Officers are trained to obtain these important facts, but you are entitled to, and you should, refuse to provide most of this information.

If you do not provide a statement to the police or give them facts to help them build a case against you, you can later review your case with an attorney, and in the light of day, craft a defense that best helps you avoid conviction.

3. Your Booking Process Is Recorded

If you are arrested for Operating Under the Influence of alcohol, you will be transported to the police station and undergo a booking process. The police will obtain biographical information about you, take a photo of you, collect your fingerprints, and administer the breath test. You should know that in most police stations, there is video equipment that will record your movements and what you say. 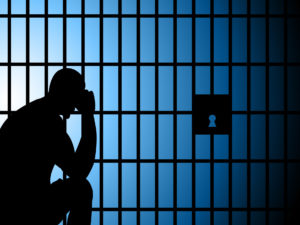 In many cases, the prosecutor will obtain the booking video because it is usually the only video evidence of a person’s condition on the day or night of the arrest.

If a person is swaying, unable to stand up straight, slurring their speech, or belligerent with officers, a prosecutor will play this video for a jury to establish their guilt.

Knowing that the booking process is recorded, you should remember to always be polite and respectful with police. Be considerate of your tone, the words you use, and what you choose to tell the police. If your booking video shows you standing without assistance, sitting alert, awake, and behaving politely and courteously, it may help your defense.

2. The Court System vs. The RMV

When people are arrested for OUI, one of their first concerns is, “What will happen to my license?” They often reach out to an attorney to determine what the court may do to their ability to get to work or school. What many people do not realize is that the Court system and the RMV are two separate entities. If you are arrested for OUI, there are often consequences from the Court as well as from the RMV. The Court has no control over what the RMV does.

For example, if you choose to refuse to submit to the breath test at the police station, the police will forward this information to the RMV who will automatically suspend your license for 180 days. This will be the case even if you take your case to trial and

are found not guilty. The breath test is considered a requirement that comes with your privilege to have a driver’s license.

If you do submit to a breath test and are over the legal limit of .08, a 30 day suspension will be imposed by the RMV. Again, the court has no say in this suspension.

If you plead guilty to an OUI or are found guilty after a trial, the Court will suspend your license for a period of time, usually 45 days. You may apply for a hardship license to drive to and from work, school, court, and/or the First Time OUI class. There are requirements to qualify for this hardship license, and those are maintained by the RMV.

It can be a complicated process to navigate both the Court system and the RMV when it comes to your ability to drive. Hiring an attorney to assist you is highly recommended.

1. Hiring an Attorney is In Your Best Interest

If you are arrested and charged with OUI, as with any other crime, it is imperative that you hire an attorney to represent you. Only after an attorney reviews your police report and speaks with you about what actually happened, can you then begin to mount your defense. 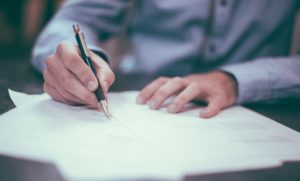 If you are considering hiring an attorney but are concerned about how much it will cost, realize that while legal representation may be expensive, the consequences of representing yourself may be lifelong. Years in the future, employers, landlords, and banks may view your record and hold a conviction against you. It is worth it to discuss your case with an attorney and ensure your rights, reputation, and record are protected.

­­­­­­­­­Kevin R. Collins is a seasoned litigator with extensive experience in criminal law cases.  Prior to working as a criminal defense attorney, Attorney Collins served as an Assistant District Attorney with the Middlesex District Attorney’s Office in Massachusetts, prosecuting cases in both District and Superior Court.

Attorney Collins is experienced in all phases of criminal cases including investigation, witness preparation, motion drafting and argument, jury selection, and trial practice. He represents individuals charged with crimes in all District and Superior Courts in the Commonwealth of Massachusetts.