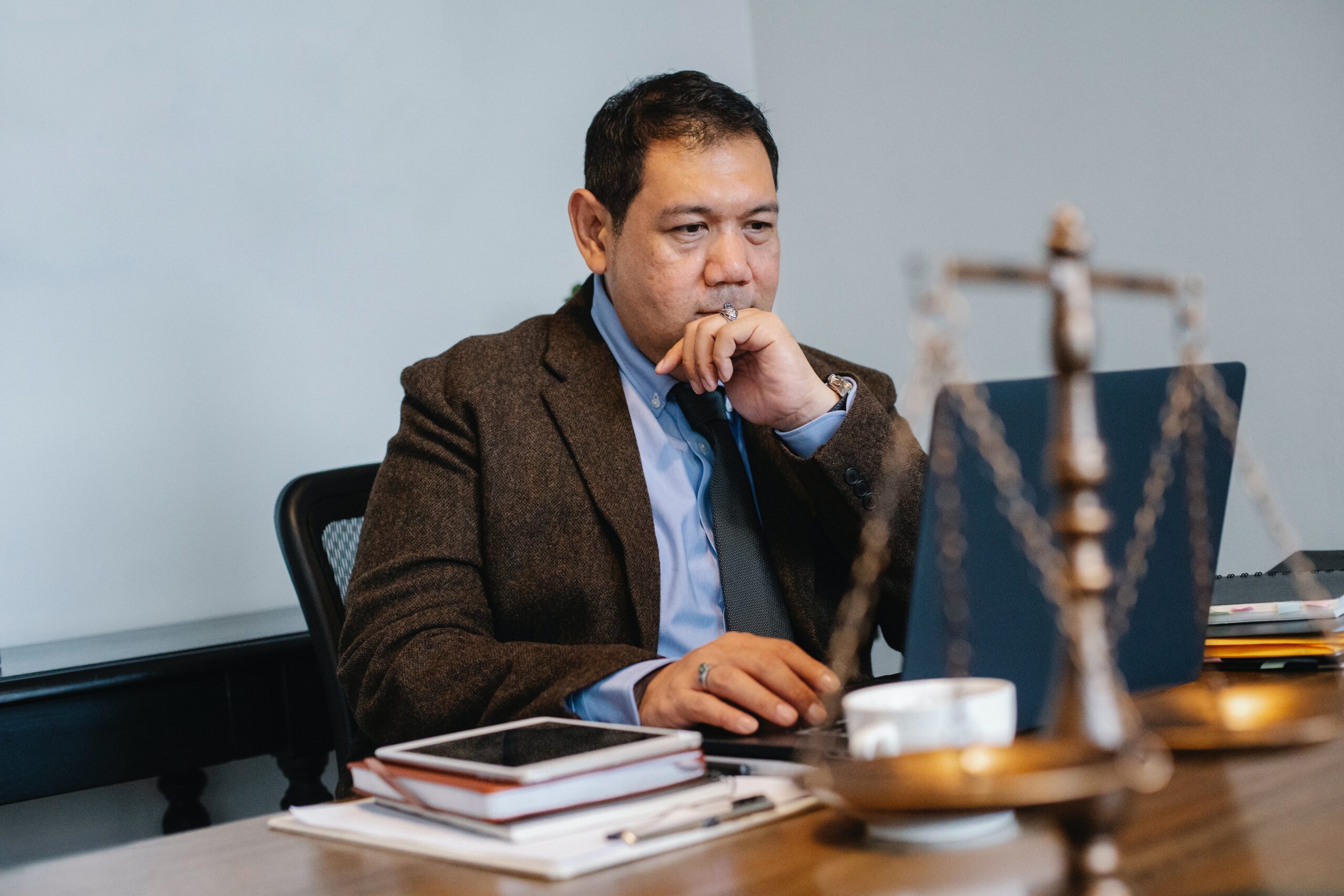 If a restraining order has been filed against you in a District Court in Massachusetts, there are several factors you should consider in response. Your rights, your family, your finances, and possibly your freedom are on the line when you are sworn in on the day of your hearing. Knowing what to expect at your hearing and recognizing the benefits of having an experienced attorney by your side are critically important. Consider the following guidelines carefully when deciding whether to hire an attorney.

In Massachusetts, what is typically referred to as a “Restraining Order” is actually one of two types of orders each with its own requirements.

An Abuse Prevention Order requires that the plaintiff (the person making the request for the order) has one of the following relationships with the defendant (the person against whom the order is sought):

The plaintiff then needs to establish that the defendant:

A Harassment Prevention Order does not require any special relationship between the plaintiff and the defendant. In addition, it does not require that the plaintiff be suffering abuse, but is rather suffering harassment.  Harassment requires that the defendant committed 3 or more acts that were willful and malicious. “Malicious” is characterized by cruelty, hostility, or revenge. 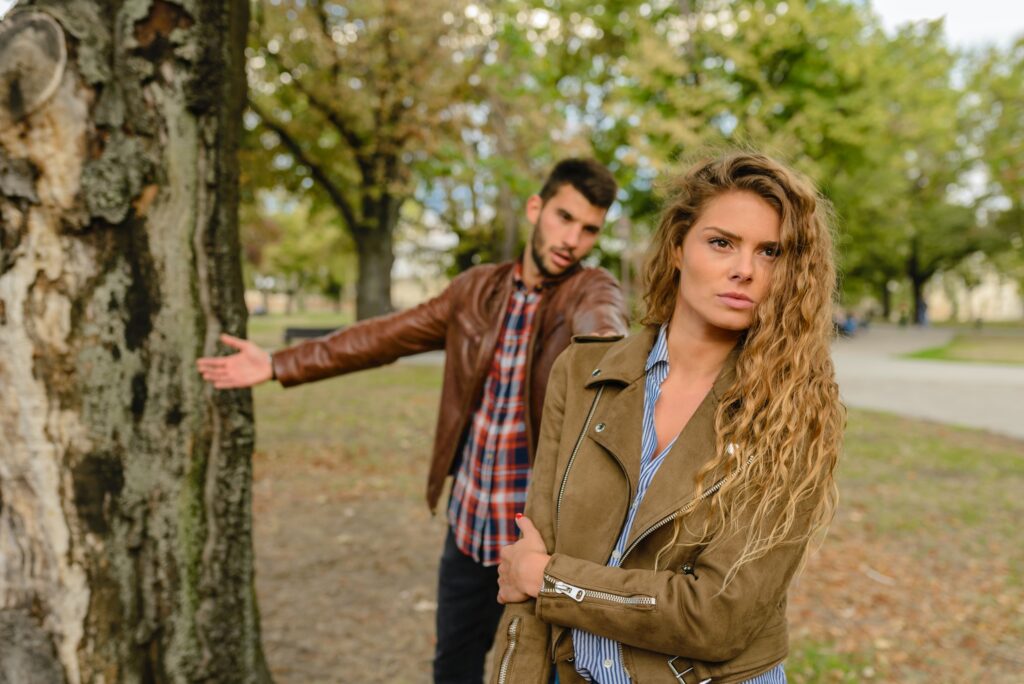 The acts must have:

One other way the plaintiff can allege harassment is by establishing that the defendant:

Knowing the difference between these two orders will help you prepare for your hearing because you will understand exactly what the plaintiff must prove.  The standards laid out above are set forth by statute. Having an attorney present with you at your hearing will greatly increase your odds of success. Attorneys are trained to analyze the statutes involved, they understand whether a plaintiff’s claims meet the requirements necessary, and they can effectively articulate those issues to a Judge. If you have had a request for one of these orders filed against you, you should strongly consider hiring a qualified attorney.

4. If You Do Not Appear At Your Hearing, The Order Against You Will Almost Always Be Extended

What many people do not realize about Abuse Prevention or Harassment Prevention Order hearings is that by the time you appear in court, a Judge has already reviewed the statement written by the plaintiff and made a preliminary determination that an Order is justified. The Order that the Judge makes is merely temporary until the plaintiff and the defendant can come to court and the Judge can hear from both parties. 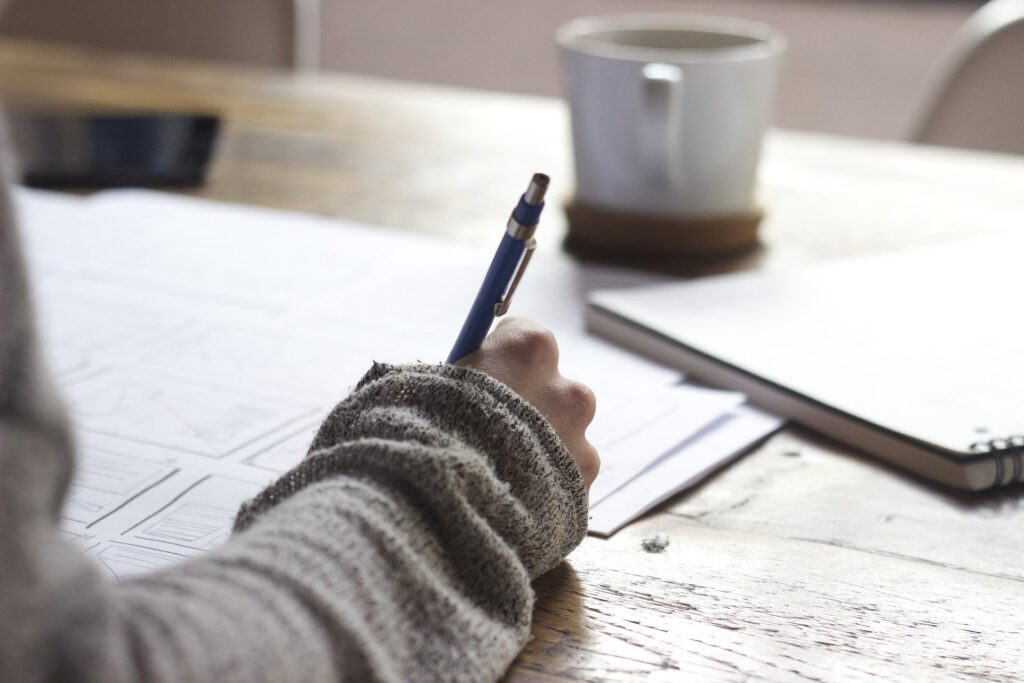 The fact that a Judge has already made a preliminary decision by the time the hearing is scheduled means that if you do not appear, it is almost certain that an extension of the Order will be granted. Typically, the Order is granted for one year. The terms of the Order will not be up to you. You may be required to have no contact, in person or otherwise, with the plaintiff. You may be asked to have no contact with mutual children you have with the plaintiff. You may be asked to surrender any firearms you have. You may also be required to stay away from other addresses corresponding to the plaintiff’s workplace or school.

If you do not appear at your Abuse Prevention or Harassment Prevention Order hearing, you are essentially giving up major components of your life and livelihood.  It is always worthwhile to attend the hearing. It is equally worthwhile to have an attorney with you who understands the process, can advocate on your behalf, and may even succeed in having the order terminated.

3. What You Say In A Hearing Is Recorded And Can Be Used Against You At A Later Date

If you appear in court to defend yourself at an Abuse Prevention Order or a Harassment Prevention Order hearing, you will be asked to take an oath to tell the truth, and your statements will be recorded.

The Judge will likely ask the plaintiff to make a statement. The plaintiff may enter evidence and may have witnesses testify on his or her behalf. Then the Judge may ask the plaintiff certain questions.  As the defendant, you are entitled to ask questions of the plaintiff.   You should understand that your questions, along with the plaintiff’s answers, are recorded and are able to be obtained by a prosecutor if criminal charges stem from the events that led to the hearing in the first place.

You are entitled to make a statement on your behalf at the hearing. In addition, you are also entitled to enter evidence or have a witness testify on your behalf. The Judge and/or the plaintiff may ask you questions of their own. 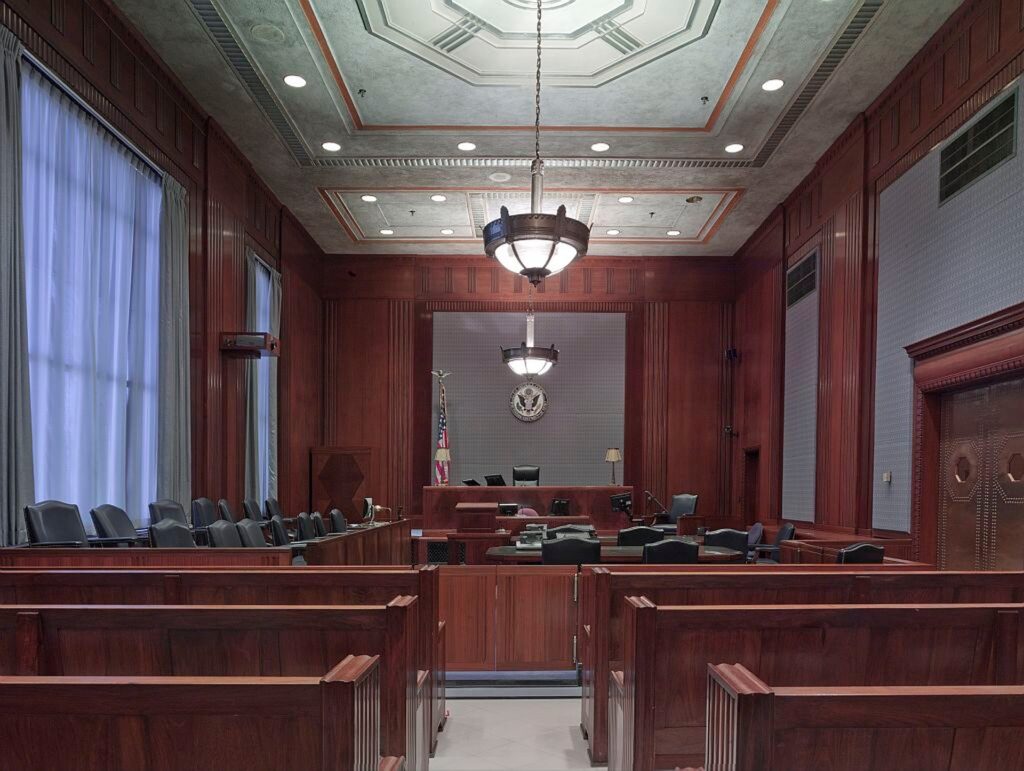 While it may be tempting to say as much as you can to defend yourself in a hearing like this, you should understand that a prosecutor is almost always in the courtroom when these hearings are conducted. The prosecutor will listen for any admission of guilt you make or any statement that may help in the prosecution of a crime they believe you committed.

You are entitled to refuse to speak about certain areas or answer certain questions that may tend to incriminate you. You may have heard of the 5th Amendment privilege to refuse to testify. This privilege is available to you in an Abuse Prevention or Harassment Prevention Order hearing, and you should absolutely exercise it when appropriate.

Having an attorney who can protect your interests in a potential future criminal case is critically important. If you are going to speak on your behalf, present evidence, or answer questions, it is wise to have an attorney by your side.

2. There Are Several Forms Of Evidence You May Present At Your Hearing

If you are interested in defending yourself at an Abuse Prevention or Harassment Prevention Order hearing, there are several forms of evidence you may present to a Judge.

Defendants often wish to explain the nature of their relationship with the plaintiff as contradictory to what the plaintiff alleges. One way to demonstrate this to a Judge is by presenting text messages exchanged between you and the plaintiff. You should be sure to preserve any messages that may be pertinent to your defense.   In addition, a Judge will be more receptive to printed copies of the text messages instead of your simply handing your phone to them (although they will view these if you are allowed to bring your cellphone into the courthouse). 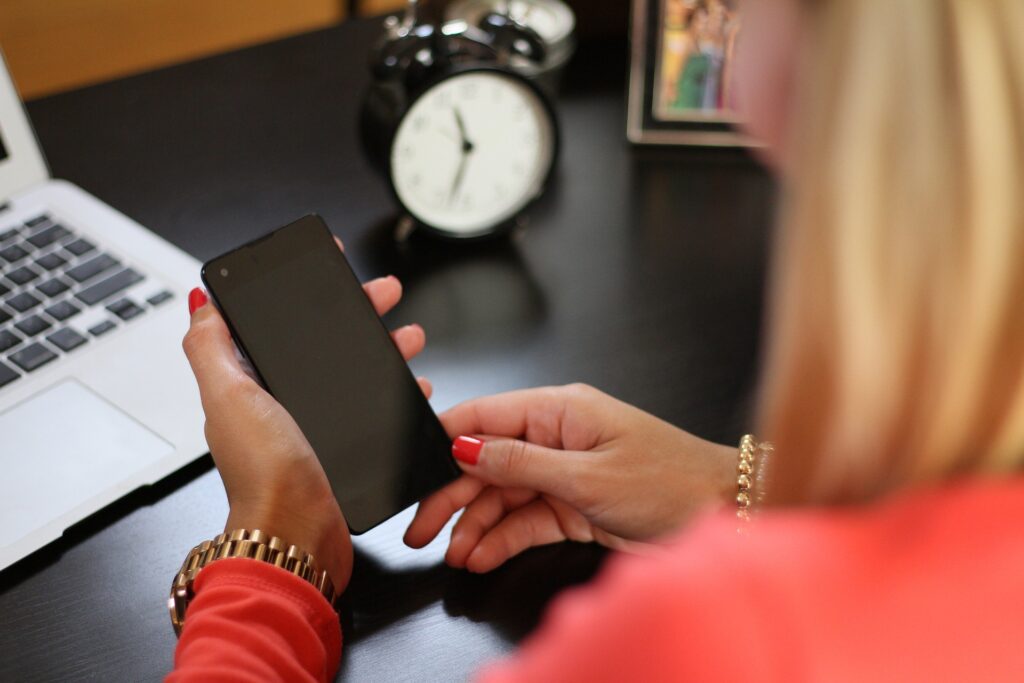 A Judge will want to know that the text exchange is, in fact, between the parties you say it is. A Judge will want proof that the phone numbers attached to the text messages belong to you and the plaintiff. Having proof of this will improve your credibility and the effectiveness of your argument.

You may also want to present photographs in your defense. Preserving photographs prior to your hearing is as important as saving text messages. Printing out photographs, preferably in color, will assist the Judge in their decision making process.

Facebook messages and posts, emails, and other social media posts are permissible in court hearings and will all assist the Judge in deciding the facts. Keeping these documents organized and relevant to the Judge’s concerns can make all the difference in a hearing.

While you may believe that you have the facts on your side, it is important to have an attorney with you who understands what evidence is pertinent, how best to present it, and how the evidence supports your argument in court. If you are facing an Abuse Prevention or Harassment Prevention Order hearing, you should consider hiring an attorney to represent you.

1. An Order Granted In District Court Is Often Granted Later By The Probate and Family Court

If you are married, or in any relationship with children, an Abuse Prevention or Harassment Prevention Order may first be filed against you in the District Court as we have discussed above. Any Order that originates in the District Court is entirely valid and binding. A plaintiff who obtains such an Order may choose to enjoy the protections of the order and proceed no further. 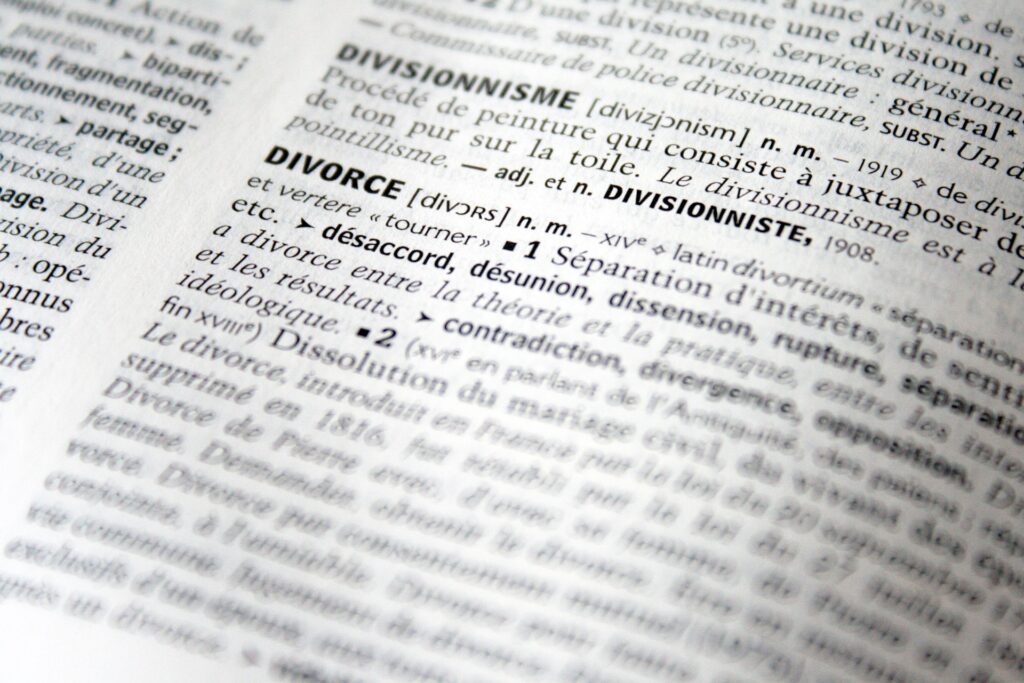 In principle, a Probate and Family Court Judge should give a fresh look to the facts and evidence in support of a plaintiff’s requests in a divorce or custody case.

This is why it is vitally important that you defend your case to the fullest in the District Court. If you can limit the restrictions placed on you in District Court, or even succeed at having the Order terminated altogether, you will be much better suited to protect your life and livelihood if your case proceeds to Probate and Family Court.

If you believe that you are facing a divorce or custody battle, you should strongly consider hiring an attorney to give you the best chance at preserving and protecting your rights.

­­­­­­­­­Kevin R. Collins is a seasoned litigator with extensive experience defending Abuse Prevention and Harassment Prevention Orders in the District and Superior Courts in Massachusetts.  Attorney Collins is experienced in all phases of criminal cases including investigation, witness preparation, motion drafting and argument, jury selection, and trial practice. He represents individuals charged with crimes in all District and Superior Courts in the Commonwealth of Massachusetts.